Ancient Science at the Planetarium

Whenever we think about our ancestors we are inclined to imagine them as moronic, backward troglodytes, dragging their knuckles through lives as brutal and stunted as themselves. In our rather short-sighted and ungrateful vision, they do not hope to compare to us. This franchise of derision is broad enough to include both our parents and our most distant hominid cousins. We tell ourselves that our parents and grandparents 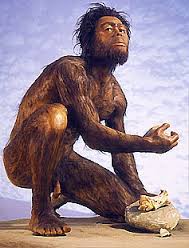 don’t understand our lives and needs, and that homo habilis was a slouching beast in semi-human form. Even though we are somewhat aware that the differences between us and our relatives are minor, and we have ascertained from the evolutionary and paleoanthropological record that the Cro-Magnons were at least our intellectual equal, we can’t help but feel superior when we look at what we think of as their rather modest accomplishments. The cave paintings in Lascaux 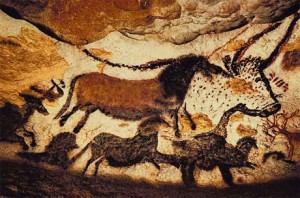 are beautiful works of art, we titter to ourselves, but we are so much more advanced now; we have the internet.

As if we were still using a mold of Piltdown man to confirm our twisted vision of human history, our cultural blindness prevents us from seeing the accomplishments of the past for what they were: the shoulders of giants that we stand upon. One such example is that of the Neanderthals. Historically 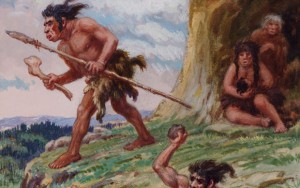 we have portrayed them as subvocal brutes grunting to one another in darkened caves. Only recently has DNA analysis uncovered fragments of their biological inheritance in our own genome. Our ancestors were more forgiving of their squat appearance apparently, for we intermingled with them for hundreds of thousands of years. The more we learn about them the more we understand that they likely had a vibrant culture. The first musical instrument a 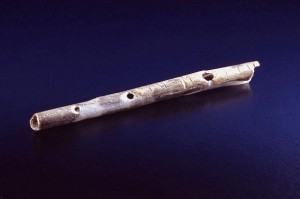 fter all, was found forty thousand years later in a cave that housed both Neanderthal and modern human remains, and with their powerful fingers they were already twisting fibres into rope.

This inability to see our ancestors and their accomplishments recently came to life for me in a visit to the local planetarium. There we listened to a guide tell us about the various constellations the Greeks had used to describe the sky two thousand years ago. 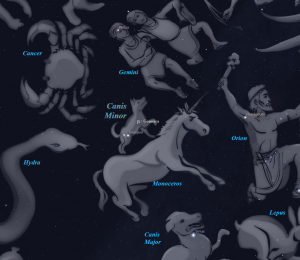 Since North Americans and Europeans claim ancient Greece as the foundation of their culture, we use their system of identifying stars. The Greeks were not quite our ancestors, but they dreamt of figures spread across the sky and used those oral records to track the seasons and the passage of time. They identified the wandering stars as different in kind, and Pythagoras even offered that they might be similar to the moon, closer to us and therefore moving differently than the fixed stars. Our guide in the planetarium traced one constellation after another and we dutifully strained our necks to follow his laser pointer as—with the slightly smug tone that comes with unearned intellectual arrogance—he spoke of ancient Greek mythology. Unfortunately, when he talked about how the Greeks had described the cosmos, he fell into the unwitting trap we make for ourselves when we tout our superiority. 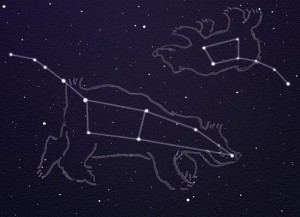 Ursa Major and Ursa Minor—to explain why they remain above the horizon. In his version, the Greeks’ struggle to understand why the stars wheeled about Polaris was answered by an explanatory story about gods. His belief that our intellectual culture was superior made him stumble when rationalizing our ancestors’ thought process, however. Blinded by our stories about the past, he believes our explanations for the world around us are reasonable, while those poor benighted souls merely thought about gods and mythology.

If our guide were able to look past his limited view over the shoulders of those scientific giants, he would have seen that who he took to be unfortunate dullards scrambling to explain why the stars move in a certain way were nothing of the sort. Many traditional cultures have developed ways of understanding that seem on the surface of them—at least in our limited view—rather simple, but we must be careful of too hasty guesses as to the meaning of their discoveries. 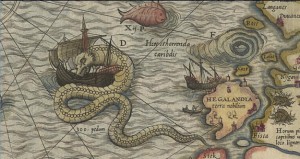 described dangers at sea by reference to dragons and the great waterfall at the edge of the flat world. Those terrifying tales kept them from venturing too far from land and kept their rather primitive vessels from foundering. The Australian Aborigines have long story cycles which they use to navigate their country. The story cycles are lengthy geographical and cultural maps. Portions of the oral map are remembered in the languages of the area they are moving through, so their tradition even keeps alive words in their neighbours’ languages. These navigation aids are not, as my guide in the planetarium might think, a mythological way of encoding the desert and hills for a people who only thought mystically about their landscape. They weren’t lacking intelligence and therefore had to apply a clumsy story as a way of explaining how the land came to be. Instead, the Aborigines were using a very powerful tool. Their map was invested with both their culture and that of the people whose region they were traveling through. They weren’t fools lost in a landscape bigger than themselves. They were highly intelligent people who developed a technique that allowed them to navigate the nearly trackless land of their ancestors. 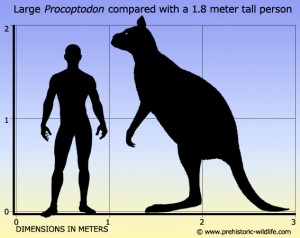 Likewise, some of the stories from The Dreaming have recorded events that geologists have uncovered from thousands of years ago, and they even have oral records of the megafauna kangaroo and the Thylacoleo, or 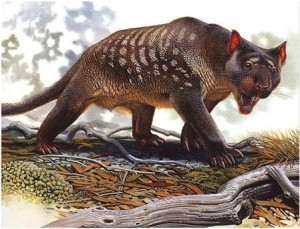 marsupial lion. Much like the Glooscap stories of eastern Canada recall the flooding of North America during the glacial period by huge beavers—which the paleontological record bears out—and the water’s release through the ice dam breaking at the entrance of the St Lawrence River, the narratives of the Aborigines recall a time for which no other culture has records.

The Greeks, with their story of the bears being swung by their tails 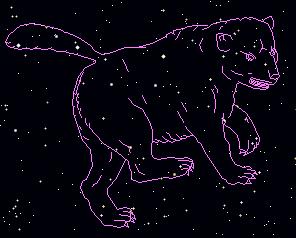 around the pole star, are not—as my guide suggested—a feeble minded people trying to understand why stars moved as they did and desperately grasping at a silly story. Rather, the story is a memory aid so that Greek astronomers as well as navigators on the Mediterranean could track star movements. The early Greek astronomers were scientists, not superstitious fools. Those like Pythagoras 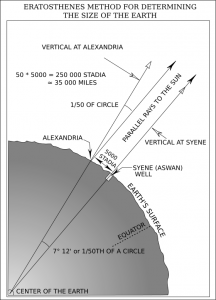 —who realized the morning and evening star were both Venus—and Eratosthenes, who calculated the circumference of the earth as well as its tilt, were every bit as logical as ourselves. For our ancestors, like the Polynesian sailors, who sailed at night by the stars which moved below the horizon, and the Norsemen on the North Atlantic who used Sunstones, which employed a recently discovered—to us at least—property of plagioclase feldspar to detect the sun’s direction even when it was below the horizon, knowledge of the movements of heavenly bodies was crucial. They weren’t fools who needed an explanation for the paths of the stars. They were scientists who had developed a technique which allowed them to track many hundreds of stars.

It is worth remembering that even in modern scientific circles, we use similar descriptions today. Freud’s theory of the unconscious—which is a notion that is nearly universally accepted—is but a metaphorical representation of what might be happening deep in the human mind, and the use of both a wave and a particle for calculating the properties of light assists in our math even if it fails to exactly define light itself. More recently, our physics have delivered to us dark matter and dark energy, although we have no direct way of observing their existence. Instead, we infer the existence of such forces by what we know about the universe and by trying to disprove our theories. The very robustness of science is that it sits on a foundation of observation. We first attempt to describe our world and then develop models in an effort to understand it. No one is fooled into thinking that the metric system has an effect on the world around us, or that the Theory of Relativity is the last word on how the universe works. These are merely tools that we use to twist the bolts and tighten the screws on our understanding, not mythologies that we worship.

To lose track of that basic underpinning of science—science as description—is to be forever scoffing at the accomplishments of those who went before us. Such giggling in the dark only ensures we will remain in the dark, however, for if we continue to be so unaware of our own ignorance, we will slip from those broad shoulders that we stand upon and have to clamber up on our own. Brandishing a lit match in the gloom we chortle at our ancestors, and only belatedly realize as the flame burns our fingers, that we are them but for the grace of a match.

“Science is a match that man has just got alight. He thought he was in a room – in moments of devotion, a temple – and that his light would be reflected from and display walls inscribed with wonderful secrets and pillars carved with philosophical systems wrought into harmony. It is a curious sensation, now that the preliminary splutter is over and the flame burns up clear, to see his hands lit and just a glimpse of himself and the patch he stands on visible, and around him, in place of all that human comfort and beauty he anticipated – darkness still.”

Wells, H. G. “The Rediscovery of the Unique” Fortnightly Review (1891)

I had an English teacher in high school many years ago who talked about writing as something that people do, rather than something that died with Shakespeare. I began writing soon after, maudlin poetry followed by short prose pieces, but finally, after years of academic training, I learned something about the magic of the manipulated word.
View all posts by Barry Pomeroy →
This entry was posted in Ancient Peoples, Art, Astronomy, Culture, History, Supernatural, Superstition and tagged ancient Greek mythology, Australian Aborigines, Constellations, Cro-Magnon, Freud, giant kangaroo, Glooscap, homo habilis, Lascaux Caves, megafauna, Neanderthal, Piltdown Man, planetarium, Pythagoras, Sunstones, The Dreaming, Theory of Relativity, Thylacoleo, Ursa Major. Bookmark the permalink.