Much of the interpretative work that the reader is asked to do with this short text is in reference to their knowledge of cultural codes. One of the examples I continually return to when it comes to understanding cultural coding and how difficult it can be to interpret for a cultural outsider, as well as how difficult it can be for us to see that we are bringing what we already know to a text, is from a Tom Waits song. In his song “Small Change,” Waits relates the death of his main character by the line, “Small Change got rained on by his own 38.” Although it is not obvious what the line means, especially without the context of the song, this is not an obscure line for the typical North American student. They can figure out what Waits intends quite quickly, and usually begin by working backward from the recognition of the .38. Most North Americans will know that a .38 is a gun, and a few of them will associate it with the police, since many of them historically carried that gun. The .38 was also a cheap and illegal street gun, the Saturday Night Special, and it could be purchased for as little as twenty dollars. It was correspondingly poorly made, and was famous for exploding in its user’s face. 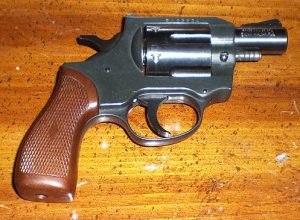 Despite being confined to a single line out of context, we can tell that Waits is referring to the cheap street variety, which is used in petty crimes.

Once the gun has been identified, the reader works backwards to the verb. Someone “got rained on.” Although the verb is more metaphorical than a common idiom, we may guess that whatever happened to the person was negative. Notably, in cultural terms, the reader should recall that rain is not universally understood to be negative. For instance, in southern India, the monsoon season is seen 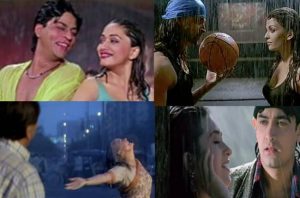 as a time for romance, and in that climate, like many tropical climates, rain is a temporary relief from the unstinting heat. In North America, however, where to be caught in a rainstorm might mean death by hypothermia, to get “rained on” is unlikely to be positive. To get “rained on” by a gun, not only brings to mind a rain of bullets, as the expression would have it, but also that the recipient has likely been killed. Finding out that he “got” rained on further informs the reader that something was done to him, rather than he chose this fate for himself. The .38 belongs to him, according to the use of the possessive in the line, which means that the person who was rained on by his own gun was likely a street hoodlum who is foolish enough to let his gun out of his hands or who has lost a fight.

The grammar of the sentence also gives the reader the name of the man who died by his own gun. The pronoun “his” must refer back to the last proper name it can refer to, or its antecedent. The antecedent of the “his,” in this case, is found in the subject position of the sentence: “Small Change.” Although the name is obviously not a proper name—and this is another feature of the information that a reader unfamiliar with the cultural codes might have difficulty parsing—it occupies the position of a name in the sentence. The North American reader will immediately leap to the conclusion that “Small Change” is a 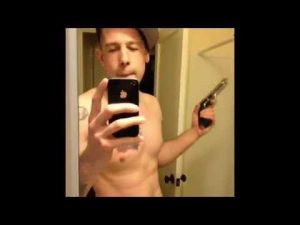 nickname of some sort, and they will combine that notion with the other street reference—the cheap street gun used by small time thugs—and decide that “Small Change” is a street appellation, and likely is meant to be denigrating. This is not a name that would have been chosen by the hoodlum himself, for he would likely pick something a little more forbidding. This would have been applied to the dead punk by his community, which implies that he was considered unimportant. The way in which he died, by his own gun, implies that such an assessment of his abilities was at least shrewd.

Once the reader has parsed the entire sentence—and that would take far less time that it does to show the process—they would conclude that “Small Change,” the small-time street thug, has been killed by his own gun, presumably by another criminal. The verb phrase “got rained on” does more than convey that he has been killed by his own gun. That is the content of the phrase, but the implication of the phrasing is that the narrator of the text is careless about either the manner or the fact of Small Change’s death.

Diminished beyond compare, Small Change has been stripped of his given name, has been denigrated by the 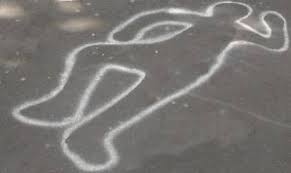 diminutive nickname given presumably by those he called his friends, and he has proven the nickname to be true by getting killed by his own rather undependable street gun. His life is of so little importance that the narrator does not even show him the respect due his unfortunate demise, but instead uses another denigrating way to represent that he has been shot.

For those who know the song, this line is a microcosm on the poignant story about the carelessness of the observers when Small Change dies. People steal his belongings while his corpse lies in the street, and the police joke about brothels instead of investigating or solemnly attending to their job. The song would still survive without this line, but it would have lost much of the positioning of the dead man, as well as how the narrator feels about his death.

Without an understanding of the cultural codes, this line becomes very difficult to parse. I asked a friend from Thailand once what he thought it meant, and he was able to identify the .38 as a gun. Other than that small clue, the sentence was opaque to him. This is true to all cultures, of course. Each culture’s understanding either illuminates—for those in the know—or obscures—for those who are outside the system of codes. The conclusion the reader becomes aware of, that of the gun’s background and the implications of that, the giving of street nicknames and what that might mean for the dead man, the use of rain as a negative effect on the dead man, are all due to codes that they understand but likely spend little time thinking about.

I had an English teacher in high school many years ago who talked about writing as something that people do, rather than something that died with Shakespeare. I began writing soon after, maudlin poetry followed by short prose pieces, but finally, after years of academic training, I learned something about the magic of the manipulated word.
View all posts by Barry Pomeroy →
This entry was posted in Culture, Education, Literature, Writing and tagged .38, Cultural Codes, Saturday Night Special, Small Change, Tom Waits. Bookmark the permalink.